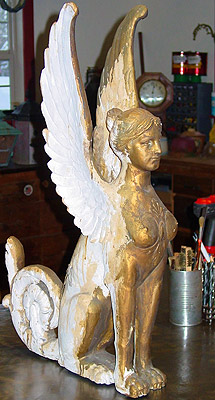 This statue was originally part of the old LaPorte Theater that had once stood in downtown La Porte. It was brought to Bob by the La Porte County Historical Society Museum for Restoration.

The statue was in very rough shape when it was given to Bob. The original paint was only painted on one side, and there were wires sticking out of the back side to hold it to a shelf.

The statue which was very top heavy, wouldn’t even sit flat. The whole base of the statue had to be re-leveled so that the statue would sit flat.

Bob fabricated a piece of wood to use as a guide for inserting bolts in the base. The statue was turned upside down so that the plaster would flow into the cavity.

Bob had a very old piece of marble, cut to size and polished.  He boated the marble to the base of the sphinx, which created a weight on the base to give it needed stability.

Georgia, Bob’s go to plaster artist, stands proudly by the work they accomplished. Bob was honored to once again restore a piece for the museum. 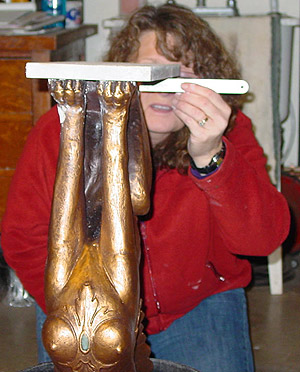 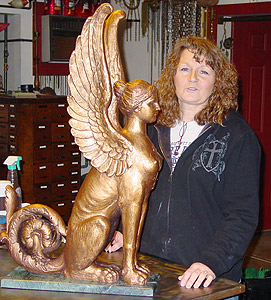 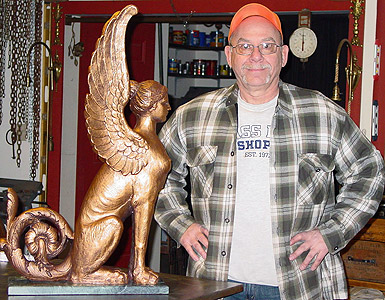 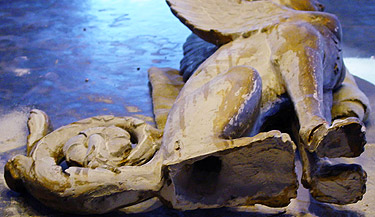 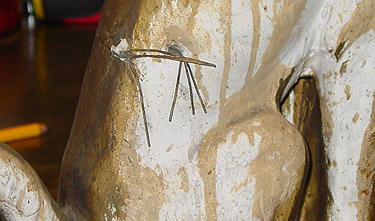