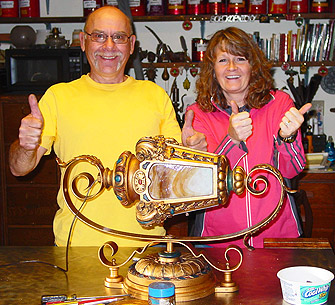 This sconce was originally part of the old La Porte Theater that had once stood in downtown La Porte. It was brought to Bob by the La Porte County Historical Society Museum for Restoration.

The plaster work was in need of major restoration. As Bob dissembled the sconce from the frame, plaster parts were falling off everywhere. Bob along with Georgia, his plaster artist, began the tedious process of reshaping all of the plaster. The body of the sconce had major damage to it, and needed to be reformed.

The pictures below show how much plaster was used to fully restore the body. The edge of the cap needed to be almost completely reformed with plaster. A locking door was fabricated from a kickplate, for the missing glass panel. This allowed for easy access to change the light bulb. The door was made to look old and original. The piece was completely restored to mint condition, giving Bob and Georgia a great sense of accomplishment. 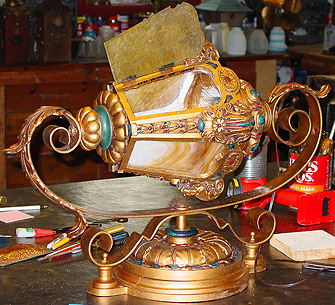 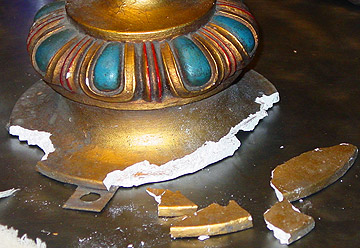 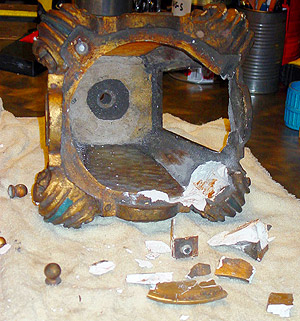 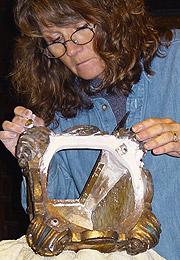 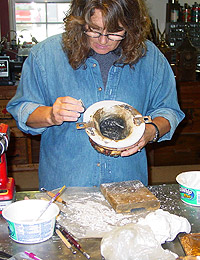 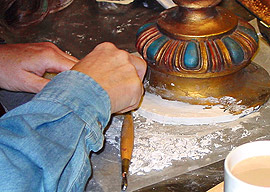