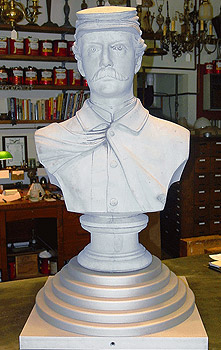 Dr. Henry Martin was born in 1850 and served in the last year of the Civil War when he was about 14. He was in the 17th Indiana Infantry Company D, the Lightning brigade. He had been in quite a few battles that last year of the war, which may have been his motivation to later become a medical doctor.  He died a very wealthy man at 36 years 4 months and 4 days of a knee infection.

He must of been very proud of his military career because his monument was made out of white bronze and stood almost 13 feet tall. About ten years ago the monument was hit by a tree and two major sections were shattered. The only things left were the bust and the body. Several people were notified to try and repair Dr. Martin’s Monument but, they said it couldn’t be fixed. Upon reading about the unfixable monument in the newspaper Bob Kopnicky decided to get involved.

After he assessed the damage he believed it could be restored and began to work on it. The bust of the monument was found lying on the ground next to the body of the monument. To begin the restoration, special

parts were engineered and machined from Aluminum plate. Note that the split flange (Bottom Right Pieces) had to be assembled in side the body to hold the bust down.

The other flange (Bottom Left Piece) was fit to keep the bust from twisting or turning.  The third small piece (Top Right Piece) was used to hold the split flange together. The one inch thick Aluminum plate was pancaked together with a six inch hole to mount the bust to the body. As you can see the bust is mounted on all the fabricated parts that allow it to be mounted back on to the body. 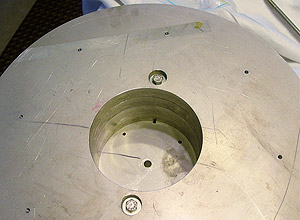 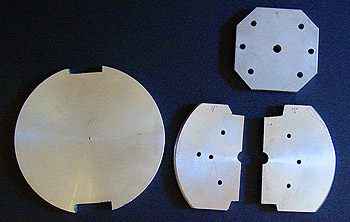 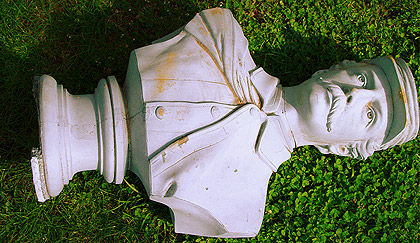