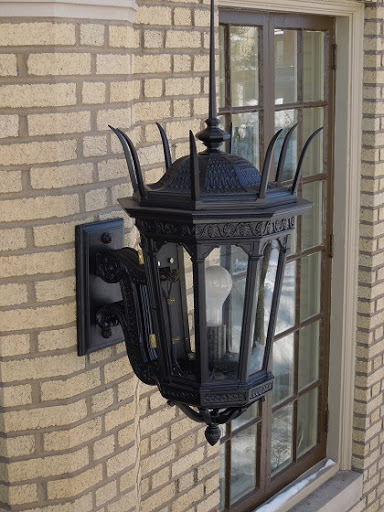 We were commissioned by Larson-Danielson Construction to restore four cast iron sconces from City Hall in LaPorte, Indiana.  City Hall’s building was originally the post office, before the post office moved. It was designed by James Knox Taylor from Washington DC in the Italian Renaissance style. These sconces were in bad shape.

The bottom plate on one scones had already fallen off, and parts were shattered.  When taking them down, I noticed the whole frame of one of the sconces were being held together by only two tiny screws.  This particular one was literally about to fall apart, which would have been disastrous.

Knowing the conditions of the sconces, My friends and I were propelled to pray about how to remove the sconces from the building without any further damage.  After much prayer and thought, God lead me to resolve the dilemma. I built the wood frame to encase the sconces in while they were being taken down.

I made the wooden frame to go around the hydraulic lift table I already had. The idea was to lift the sconces up in minute increments in order to take the weight off the wall without the sconces falling apart.   The encasing worked like a charm. This is the reassembling of all the parts after sandblasting and powder coating. Due to the massive size of the sconces, they were reassembled inside the shipping crate to prevent any damage. 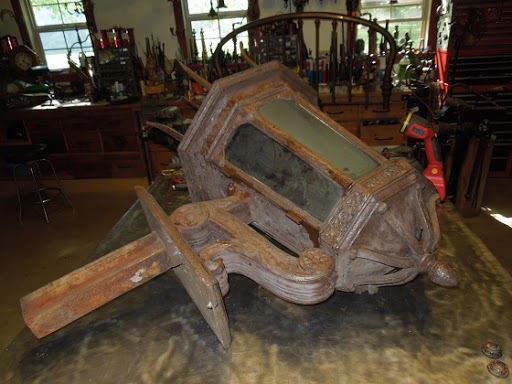 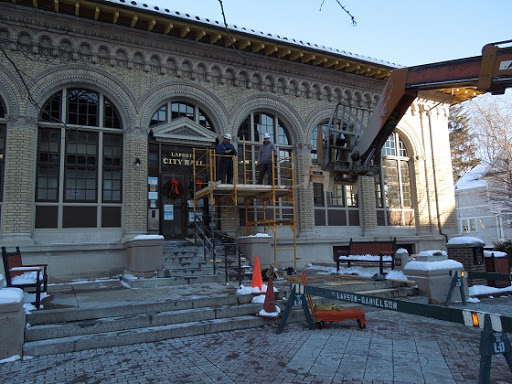 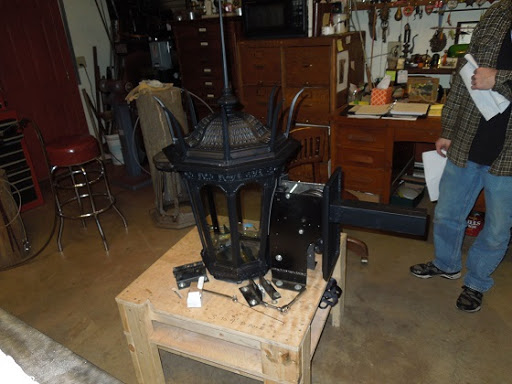 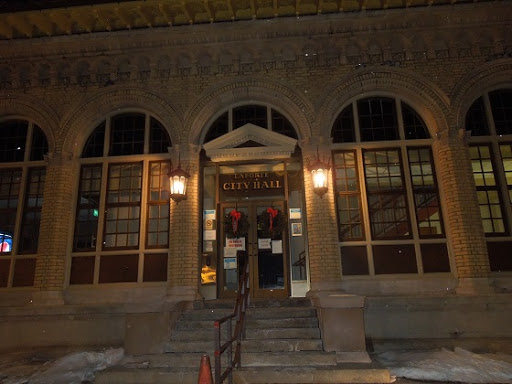 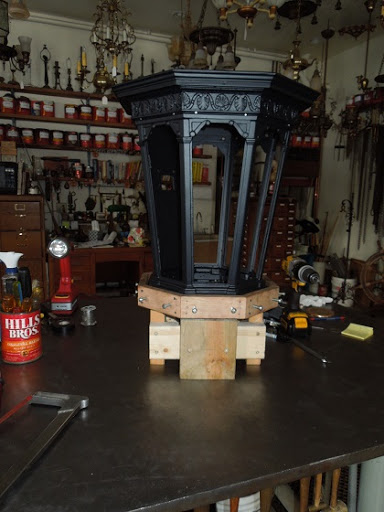